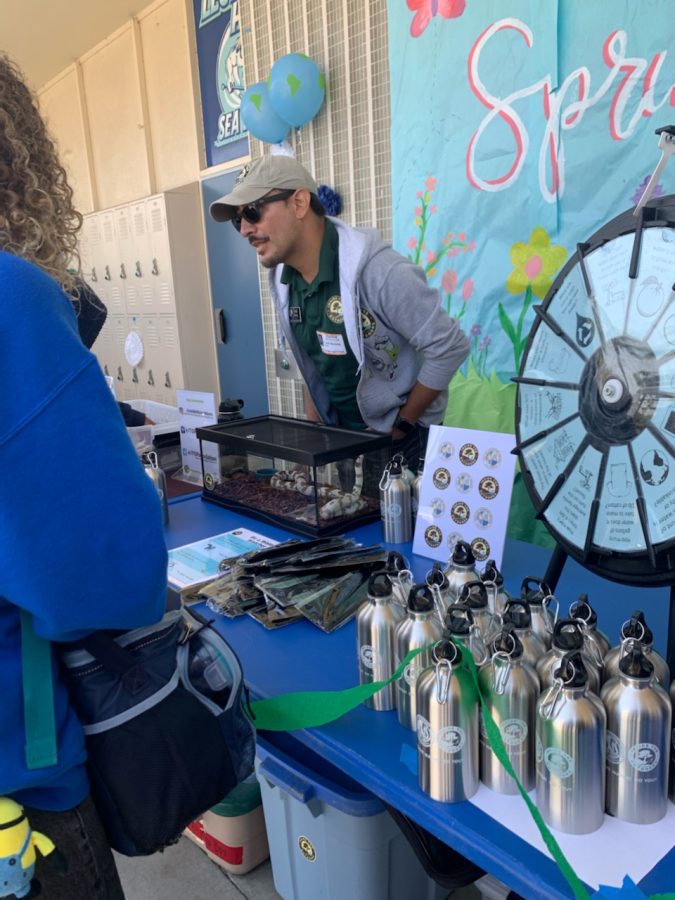 On April 27th, Corona del Mar High School’s ASB put on an Earth Day fair to raise awareness of different types of pollution, pollution sources, and anthropogenic sources of environmental issues. Clubs as well as many AP science students created stations with posters detailing different types of environmental degradation, as well as solutions to match these issues. Including solutions on both a small scale, things students can do every day to help reduce their ecological footprint, and on a larger scale, how the Earth can work together to fight these issues. Stations were interactive, many offering prizes and having Earth-centered games. The Sea king quad was packed as students moved from station to station learning about and appreciating the planet they live on.

Junior AP Environmental students Reese Olson, Aven Walz, and Carline Carvelli had a booth about pollution in urban cities in hopes to raise awareness of environmental degradation due to increases in urbanization and urban sprawl. Their booth highlighted mega cities like Mexico City, the most polluted city on Earth, and cities closer to home, like Los Angeles Their booth also featured a game, challenging students to throw “trash” (a piece of green paper) into a trash can, rewarding students with cookies after making the shot. Carvelli said her group chose this topic because, “…it is a very prevalent and real issue that is not only worldwide, but also local.” She said the booth aimed to, “…provide many tips and organizations that can hopefully be used to mitigate pollution due to increased urbanization and big cities.”

The Make A Wish club partnered with the economics club to give out donuts to students who said why they loved the earth. Make A Wish club president, Hallie Harris, discussed how this, “was a great way to get people involved in our club as well as appreciate the Earth a little extra.”

Overall the Earth day fair got Sea King students involved in learning about the Earth and environment in an interactive way. Student chatter filled the quad as Sea King looked at snakes, recycled artwork, and presentations.