Are Electric Bikes the New Motorcycles for Teenagers? 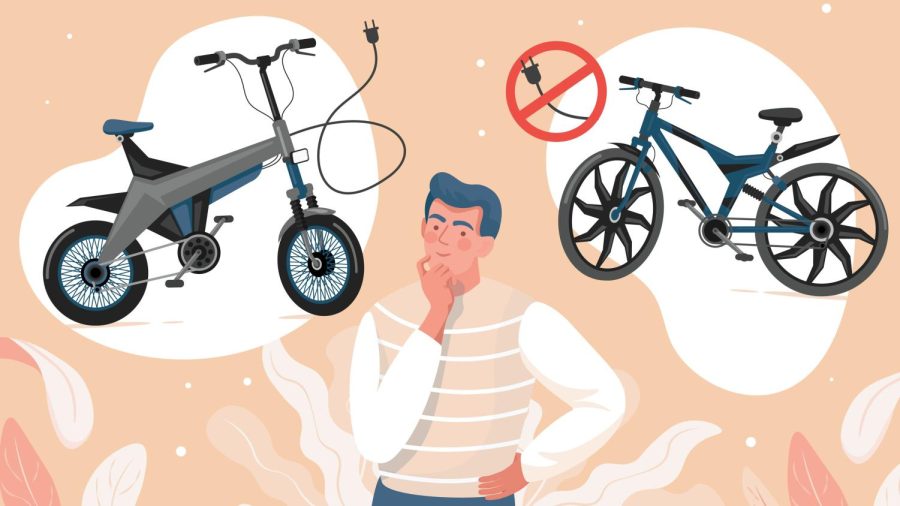 As electric bikes take over the high school world of transportation, it is unsurprising to see that this popularity has created an argument about whether or not they are safe enough for teenagers to control.

Rolling with electric bikes, Justin Huang, a Sophomore here at CdM notes that he’s had his “electric bike for 2 years.” With owning his electric bike for a long time, he points out that the pros to having one are that “it doesn’t need gas” and it gets him where he needs to go, fast. Although electric bikes are pricey, they present themselves to be better for the environment as the only requirement is to charge it when its battery runs low while a car asks for way too much money for gas especially when gasoline has skyrocketed to a record-breaking price. Huang then proceeded to talk about the undeniable fact that “there is barely any effort to put into pedaling the bike.” This scary truth puts things into perspective as an electric bike does almost everything a motorcycle does.

To argue against electric bikes, sign language teacher Mrs. Owney eagerly jumps at any opportunity to express her opinion from the perspective of a parent and a teacher. As proof of her dedication to the subject, she takes the time to give mini-lectures in her classes trying to instill in each of her student’s minds that “electric bikes are too powerful for teenagers to handle.” Seeing that “[she doesn’t] even trust teenagers driving a car”, she asks rhetorically, “why would [she] trust them with a bike that goes as fast as a motorcycle.” With concern, Mrs. Owney expressed that “electric bikes go too fast and young kids don’t understand the rules of the road yet.” Considering that adults are substantially better at making good life choices, teenagers should not be held responsible to follow the rules of the road on an electric bike that is considerably faster than a regular bike.