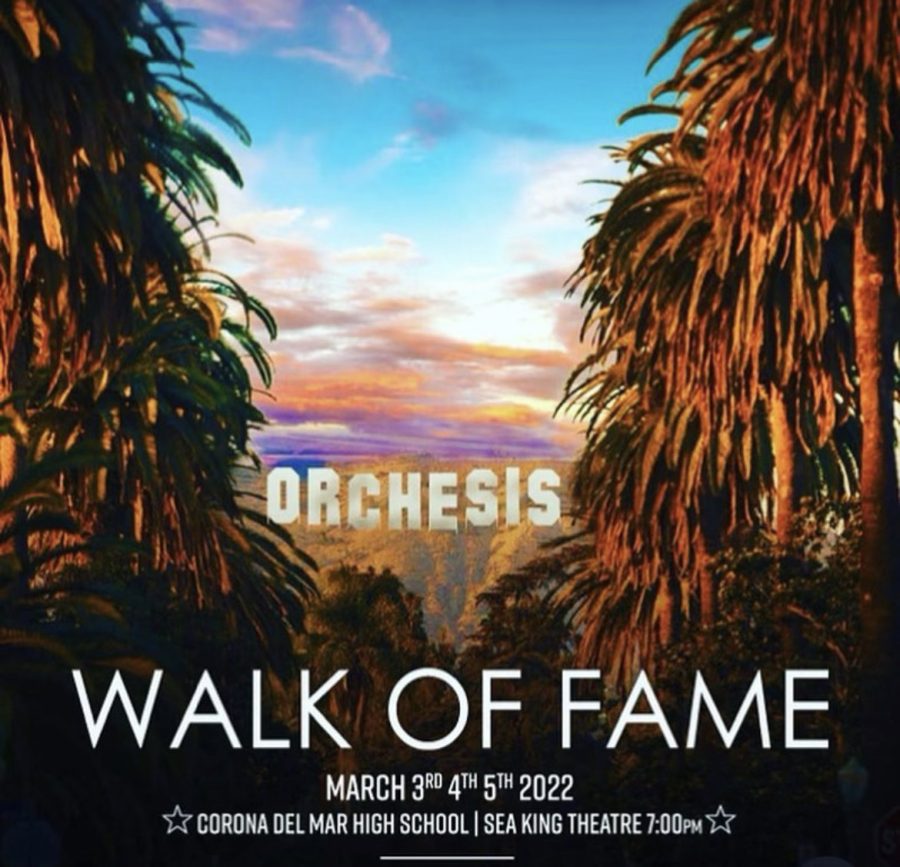 Orchesis Dance Company is one of CdM’s longest-standing student organizations and for good reason. This past weekend, the team put on their annual show, with the theme being Walk of Fame this year. It was absolutely beautiful in all aspects and viewers could easily see how much work went into putting it together and preparing for the performances.

The idea of an Orchesis show is to showcase the team’s skills as dancers and choreographers for a wide range of dance disciplines. The show began with a video, introducing each team member and the theme. While catchy music played in the background and slow-motion shots highlighted the team members on their trip to Hollywood, the audience was immersed in their world. Even before that, just walking into the theater was like walking on Hollywood Boulevard, with stars lined up on the floor and stunning photos of the dancers hung up on the walls. Before each number, a shorter video was played, introducing the Hollywood star that the dance would represent. Some notable ones were Elton John and Marylin Monroe.

Senior Anna Linn, who is part of the Technical Theater class and works crew for CdM drama commented, “I’ve never been to an orch show before but I was really impressed by the detail in all of the costumes and sets because they helped the audience become immersed in each new theme and dance. I also think the lighting, sound, and video all combined nicely to make the show even better and flow well.” She thought that some ideas for lighting and sets could possibly be applied to drama performances in the future. Another senior who has been involved in CdM’s performing arts, Emily Valentine, gave her opinion on the show, saying, “I really enjoyed Orch’s Walk of Fame! I think the theme particularly lent itself well to the show. It could be interpreted many different ways – like how  ‘Walt Disney’ unexpectedly made a dance out of Disney villains. I think my personal favorite dance was the overthinker one! The expressions were immaculate and I appreciated the audio track.” Both girls recommend the show to anyone who has a chance to see it. It was incredibly well thought out, and there is a reason tickets sold out.