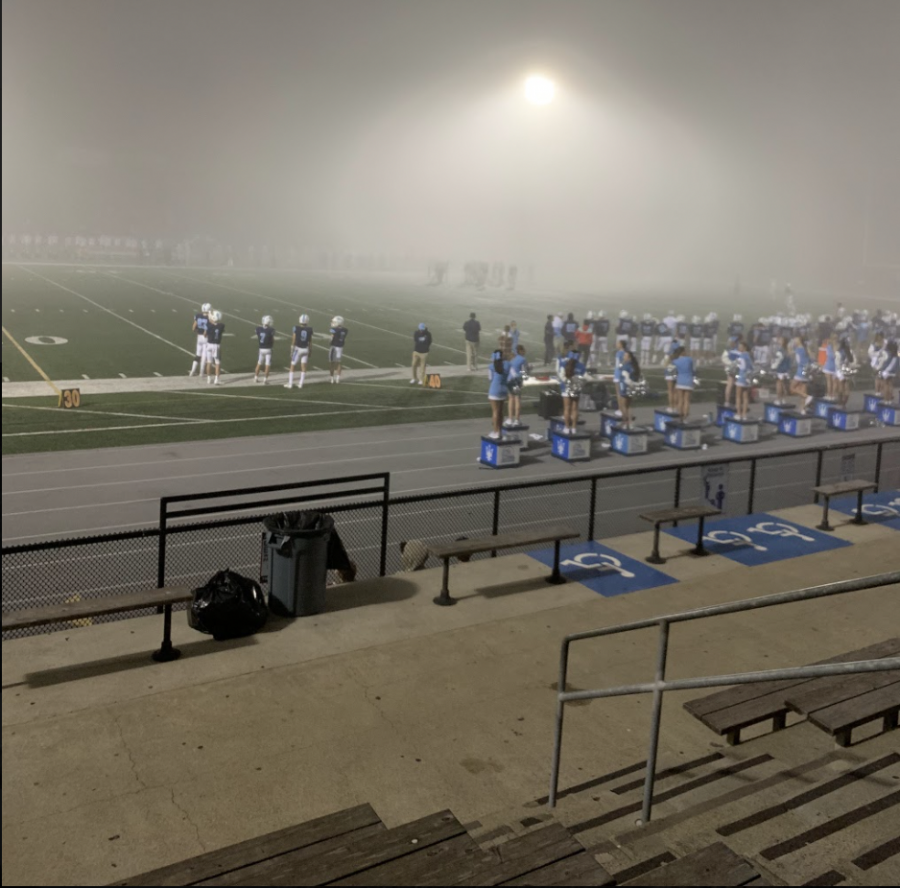 The bright moon provided additional light for the students as they filed into the bleachers to watch the Corona del Mar Sea Kings face off against the Fountain Valley Barons. Mixed feelings of nostalgia and excitement filled the air as the seniors prepared to play their last league game. The seniors on football were honored at the end with a short ceremony, while the seniors on Pep Squad and Orchesis wore white sashes.

“Celebrate” by Kool & the Gang blared from the speakers as junior David Rasor threw for the third touchdown before the end of the first quarter which made the score 21-0. Although the student section was small the spirit could still be felt as the students smiled in anticipation of the win that was to come. The 2nd quarter came and went where the Barons scored a touchdown, the Sea Kings scored a touchdown as well. At the beginning of halftime, Michael Voorhees was welcomed onto the field as a sign of gratitude for all he does for the Sea King football program. He has been photographing the team and their games, even a year after his own son graduated from the program. The crowd roared with appreciation for Voorhees and then the halftime performances ensued. Sparkle, pep squad, drumline, and Orchesis all gave performances. Junior Blaydon Pittman specifies that “[his] favorite part of the game is watching drumline perform.” Orchesis even had a special Halloween-themed routine in honor of the oncoming holiday.

With the start of the third quarter, a fog began to set in; at first, students were worried that something had lit on fire as it covered the field so suddenly. Slowly the field became so hard to see that the commentator was unable to share who concluded each play! During the third quarter he proclaimed, “A touchdown! Rasor to… I’m not sure who!” The Sea Kings scored three touchdowns which brought the score to 49-7 at the conclusion of the third quarter. This remained the score for the rest of the game, which resulted in a Sea King win. Even though this was the last league game for football, winter sports are starting soon and with that comes countless more spirited games!