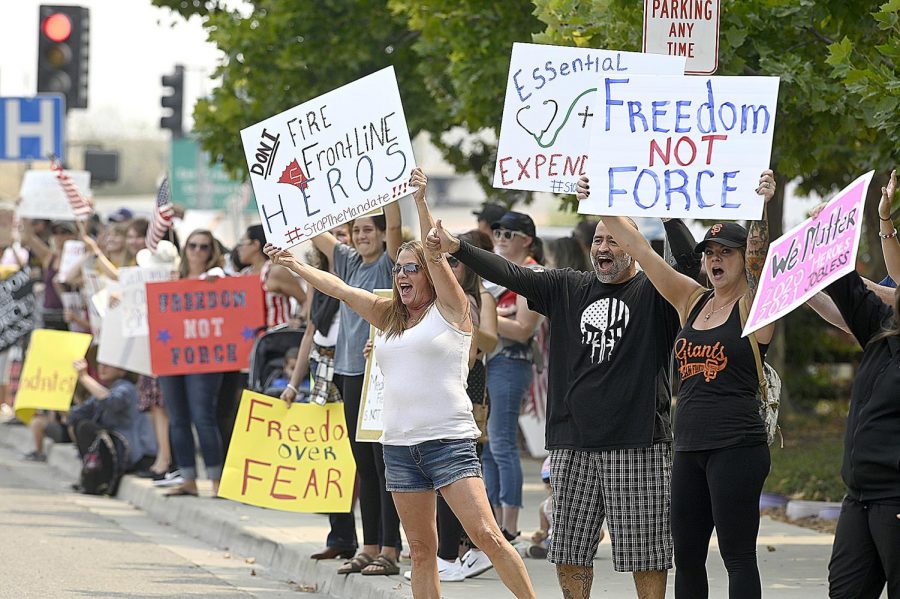 After governor Gavin Newsom announced the upcoming vaccine mandate, California became the first state to mandate the COVID-19 vaccine for its students in grades 7-12. The mandate is said to be affecting all California public schools as early as January 1, 2022. In response to the announcement, many California teachers, parents, and students coordinated a walkout. Their overall goal was represented by their slogan “our body, our choice” and showed their message towards the vaccine being mandated for students and educators alike.

Many in Northern California showed their support for the cause by protesting at California’s state-building in Sacramento. Meanwhile, in Southern California parents, students and teachers took to the Huntington Beach Pier to protest; holding signs reading “our children, our choice.”

While CdM did not seem to experience a dramatic drop in attendance, some teachers murmured in the halls, accounting their absent student numbers to one another.

This walk-out and mandate have prompted some CdM students to share their views on the recent events. On October 28th, 2021, room 222 hosted an open debate for students to propose their opinions and share their perspectives on the matter.

The debate brought in a variety of students and voices who were prompted to share and debate their beliefs. The students leading the discussion presented the group with questions and while it began as an orderly affair, it soon lead to an unorganized cacophony of voices arguing their case. Nonetheless, the group was satisfied with the competitive yet respectful manner of the discussion. In the end, many passionate and opinionated students were able to communicate their retrospect of the past month’s events with like-minded individuals and with differing perspectives.