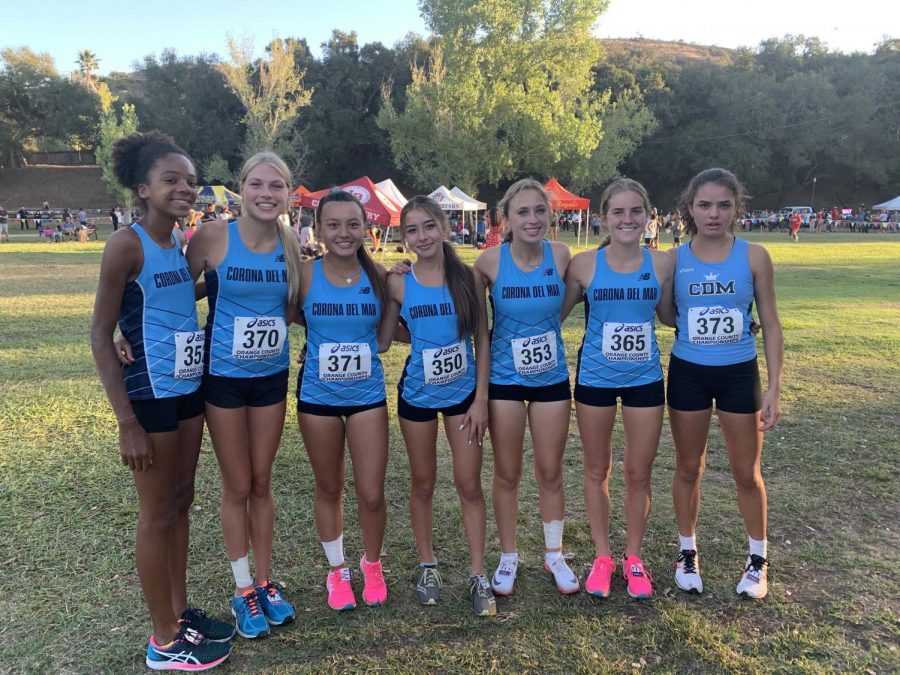 Before the race had even begun, repeated coughs and runny sniffles could be heard all throughout the warm-up grounds. At the Orange County Cross Country Invitational, there are three big obstacles: dust, a steep hill, and more dust. This year’s course was slightly different than it was two years ago. The start line was marked by a white line that looked onto an 800 meter stretch of pure dust and rocks; on the left side, about 400 meters away, mountains lined the course. At one mile, the huge hill marked its beginning. It was a painful 300 meters followed by the reward of a long downhill stretch. From there, a turn circled back towards the other direction, past the start, and eventually into a final loop around the warm-up area into the finish line. By about 5:45, the sun began to set during the last race of the day. The debris was so intolerable that finishers desperately lurched onto their water bottles.

After a tough race, the girls’ varsity team proved most successful, placing second out of 19 schools; two of their runners placed top 20. Junior Ava Chambers explains that her race strategy was to “start off at a medium pace and get faster as the race went on.” To improve her performance, she anticipates, “I feel like I could’ve taken the downhills more to my advantage and maybe not drink as much water before the race.” Unfortunately, a race like this is not close to the most difficult one. Mt. Sac is the epitome of brown power ground and the most difficult hills known to man. The invitational is much larger and more difficult, which is rough for teams like CdM that do not train on hilly trails.

Despite the challenging course, it can only be seen as a progressive step towards bigger and better things. The hills at Mount Sac will be stomped flat the next time CdM comes to race. It only involves a few final speed workouts and proper hydration before the big day commences on Friday the 22nd.