Friday Night Lights are Back 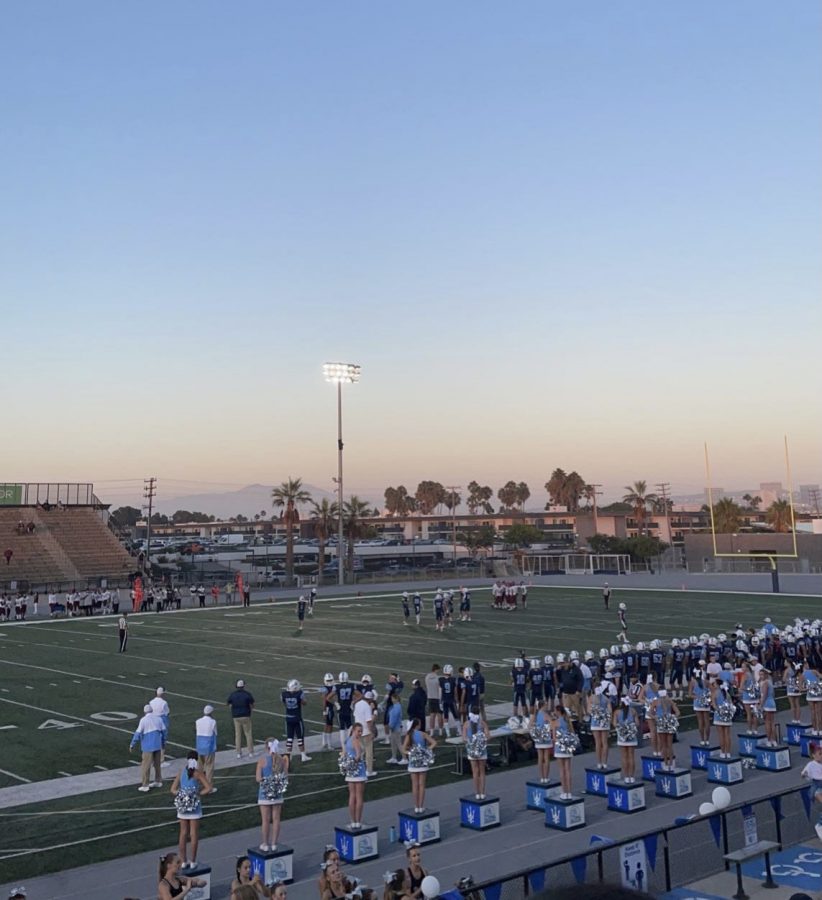 Student cheers roared throughout the stands as junior David Rasor (18), threw a 24-yard touchdown pass to senior John Tipton (7), scoring the first touchdown of the night. The energy of students, thrilled to be back in the stadium after a long hiatus, could be felt throughout the crowd. Friday night lights are officially back at CDM and our community could not be more excited. When asking students in the crowd what the best part of being back watching high school sports was, junior Michelle Tung answered, “It’s really fun to be back and cheer on our school; it makes me feel more connected to the other students and I like supporting my friends.”

The ending score was 56-8, a total blowout for the Sea Kings, with the majority of points being scored in the first quarter. The Sea Kings, quick on their feet, pulled off a couple of fumble recoveries in addition to their eight touchdowns. David Rasor threw for 134 yards and a total of five touchdowns, all in the first quarter before leaving the game in the second quarter. Sophomore Kaleb Annette, subbed in for the rest of the game, finished out with 3 touchdowns. John Tipton had three touchdown receptions and 43 yards total. Another highlight to mention is Collin Penne, a sophomore running back who rushed for 71 yards in the first half and had a rushing touchdown as well.

After the game, Trident got a chance to talk to junior Trent Merriman (88), and when asked what the best part about being able to play in front of an audience again as he said, “It was awesome having students back in the stands because they bring a ton of energy and fun to the field and hype us all up.” All in all, the Sea Kings, whether on the field or in the stands, are beyond excited that high school football is back and hopefully here to stay!