First Band Concert of the Year 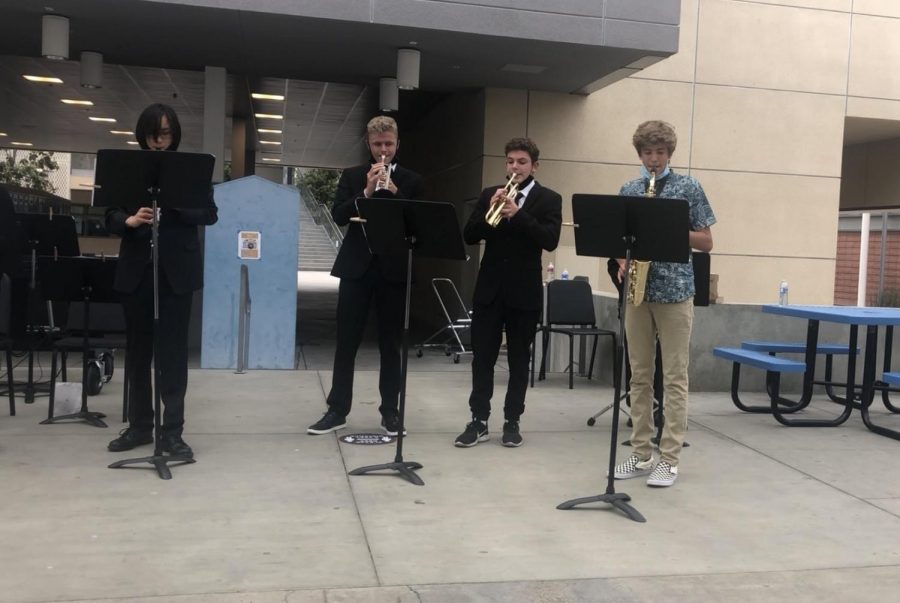 During the pandemic, CdM’s Instrumental Department faced numerous challenges. During the concert, Mr. Jamora gave the audience some insight into what the past school year was like, and it did not sound very pleasant. Not only was the department trying to practice with one half of the people on Zoom and the other half in person, but they were unable to practice playing instruments on campus until very recently when it was approved. Additionally, after being forced to practice outside, the school realized that the noise was too disruptive and CdM’s Instrumental Department got the O.K. to go indoors.

Despite their struggles, they managed to put on one show this year. It featured Academy Band, Concert Band, and Jazz Band. With each performance, Mr. Jamora used technology to create a backtrack that would accompany the musicians and fill in the instruments they did not have. Mr. Jamora did look to the bright side and say that without the pandemic, he probably would have never found many of the programs he was using, or learned how to incorporate this much technology into the students’ learning. Academy Band performed a number of short pieces, including one Mr. Jamora himself created. After they went, Concert Band took the stage and played their longer and slightly more complex piece, “Shortnin Bread”. Jazz Band was the highlight of the show though, playing through fun jazz pieces like “I wish”. With so many seniors saying “goodbye”, Mr. Jamora wanted to ensure the best year possible for them and let them have a lot of say in the songs they played. One song performed by the seniors was called “The Chicken” and was played well. One of the pianists, junior Anna Linn, commented on the experience saying, “This year was unique because Jazz Band was split up into multiple groups that practiced separately and our focus changed more to theory, which meant we weren’t as connected. Despite this, the concert reminded me how fun it is to perform and I was surprised how quickly the group was able to work together”. On top of being fun for the students, it was nice for friends and family to be able to see the musicians play in person once again.