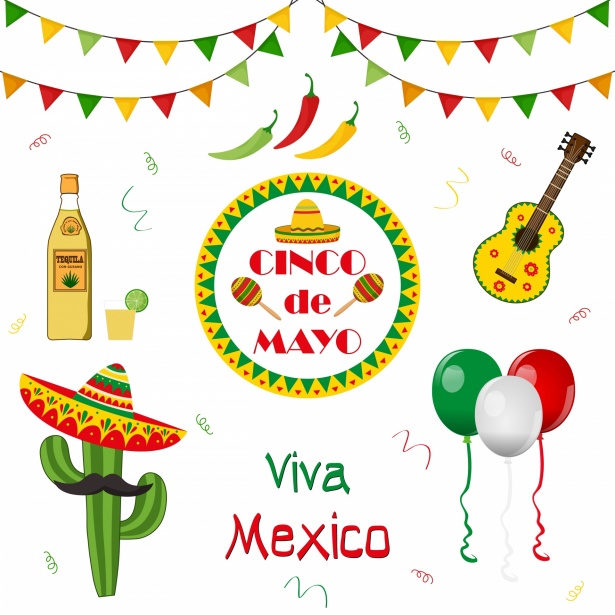 Cinco de Mayo is not Mexican Independence Day. Mexican Independence was September 16, 1810 to  September 27, 1821. Cinco de Mayo commemorates the battle of Puebla. In 1861, Benito Juárez, a lawyer and indigenous tribe member, was elected president of Mexico. In 1861, the country had gone through years of infighting and strife that left it in financial and economic disaster. Because of this financial ruin, the new president was in hot water with overdue European debts. In response, France, Britain and Spain sent naval forces to Mexico, demanding repayment. Although Britain and Spain  used diplomacy with Mexico and withdrew their forces, France didn’t budge. Napolean III he ruler of France at this time, wanted his money as well as Mexican land; naturally, a war ensued. In this war was the battle of Puebla.

On Cinco de Mayo 1862, the French outnumbered Mexican forces three to one. Remarkably, the Mexican army, under the military genius General Ignacio Zaragoza, Mexico claimed victory! The war ended soon after, and France won. However, the brilliant battle is still celebrated. Surprisingly, Cinco de Mayo is more celebrated in the United States than Mexico itself. The longest Cinco de Mayo party was in Los Angeles, not Puebla.

Here at CdM, most Spanish teachers teach Cinco de Mayo including Senora Palmer and Senora Fajardo. Ms. Palmer usually does a reading or a kahoot, something small. Mrs. Palmer said, “Cinco de Mayo isn’t like Day of the Dead, it’s less culturally significant in Mexico, so we don’t celebrate it as much.” According to both Ms. Fajardo and Ms. Palmer, it is important to teach Cinco de Mayo because of the common misconception that it is Mexican Independence, it’s not.

How many students know the true meaning of Cinco de Mayo? Trident asked two students: Olivia Knowles (Sophomore) and Lauren Jones (also a sophomore). Without skipping a beat Olivia answered, “Cinco de Mayo is the victory of Mexico in the Battle of Puebla.” She then admitted that she only just learned that information from her history teacher. Lauren, like most students didn’t know what Cinco de Mayo signified, but she thought it was independence day for Mexico. Olivia thinks the big misunderstanding about Cinco de Mayo stems from the fact that people don’t do their own research or take time to learn about it. Another reason is that Cinco de Mayo isn’t widely celebrated or significant. Olivia reports, “honestly, I was more excited about May 4th, national Star Wars Day.”