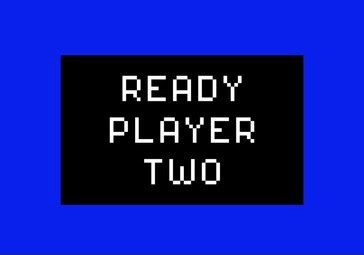 On November 24, 2020 author and screenplay writer Ernest Cline published Ready Player Two as a sequel to his book written in 2011, Ready Player One. The first book was made into a movie directed by Steven Spielberg and co-written by Cline himself. The movie’s success inspired Cline to write a sequel.

The sequel follows the main character, Wade, five years after the events of the first book. Wade has won the competition, which the first book follows him achieve, and in the first few chapters the reader finds out how much his life has changed since winning. After a hundred pages or so the story dives into the conflict when Wade finds out that half a billion people have been taken hostage including him and his friends. The book then follows Wade and his friends going through the challenges required for them to get the hostages free. Through these challenges Wade starts to see a new perspective on how he has been living and reconnects with his once girlfriend and best friend.

The plot of the story is very intriguing, but just like the first book it wasn’t very well written. Some parts were hard to follow and some parts were so over explained that it really drug out the story. Another problem with the book, is all the time the main character’s wastes. The main character Wade had only twelve hours to save everybody but he ends up taking so long that they only having two hours to solve the last few challenges. The issue of time only comes up when it’s convenient for the story instead of matching reality. The main character’s waste of time almost loses them their lives and everyone else’s. In the real world, they wouldn’t have been so wasteful and would have done things much quicker. The book is interesting and worth the read as long as one keeps reminding themselves that the story will go somewhere eventually and to just hang on.

Although the book wasn’t well received, there is some talk about it becoming a movie. Hopefully the movie adaption will better received than the book. With the first movie having earned $582.9 million there is definitely a profit in making a second one. As far as the public knows, Cline is already writing the screenplay and is in the process of getting it bought.