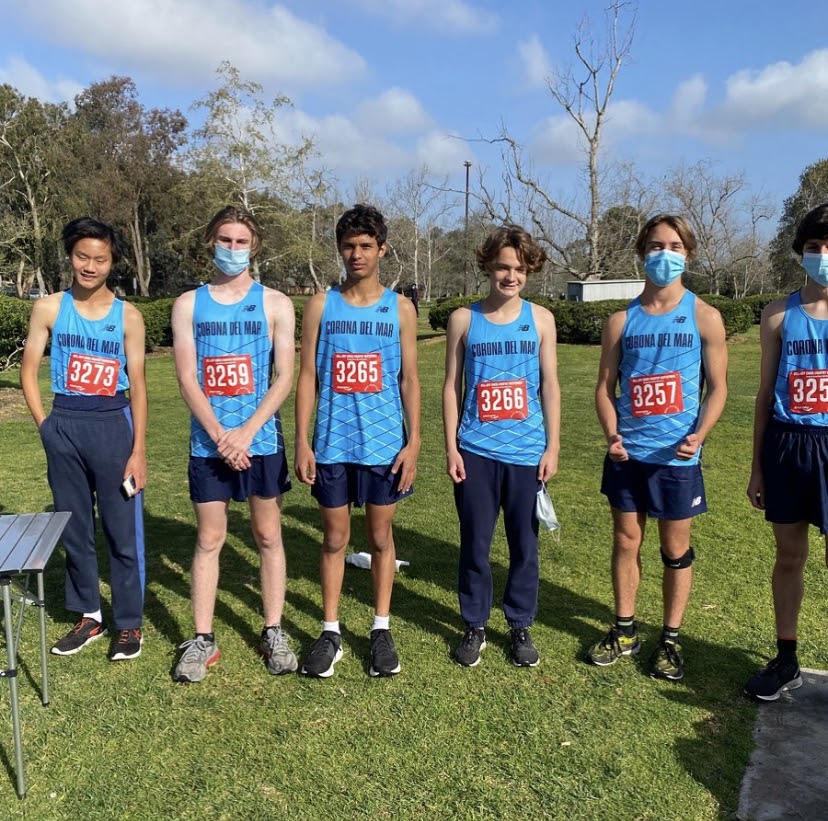 At last, a chance to compete. Only a few months previous, the thought of competition was simply a prediction. Now, it has become a reality, of course considering reasonable restrictions. On a typical chilly race morning, CdM got to compete in their first race of the season at Central Park in Huntington Beach. Six races in total were held: three groups of seven or less runners from Cdm or Laguna Beach, and an alternating  pattern of girls, boys; fastest to next fastest groups. The geography of the race was quite ideal —completely flat with the only difficulty being a short, narrow segment with a maze of tree roots sprouting from the ground (and luckily, the legendary hill segment of the course had been eliminated).

As the first race of the morning went off at 9am, the few spectators at the meet were eagerly standing at the sidelines, equipped with their masks, and perhaps especially eager to be able to watch the handful of dedicated high-schoolers have the chance to test out their hard-work. Mile by mile to the finish, a few individuals were surprised with their abilities, freshman Melisse Djomby-Enawe summarized her race: “I think I had a really good first experience. I was a little nervous a couple days before but I started feeling better as the days moved closer to race-day.” As for the team aspect, she mentions that training with her teammates has been a comforting and helpful experience to excel as both an individual, and as a group through the first official race. Regarding the course in general, she rates it a solid “8.5 out of 10. I liked how it was flat the whole time, so I was able to go way faster than if there was to be a hill. The sharp turns and varying terrain was great too.” For the few upcoming races, CdM is hopeful to come back stronger and stronger before a new training schedule prepares the runners for track season.

Although uncertainty may be the most utterly overused adjective to describe these, well, uncertain times, it is completely true. The next race may not even happen, but tomorrow’s practice (hopefully) will. Every step counts, truly. Both the girls and boys at every level have set an exemplary case in point defining what it means to be a diligent, and aspiring young person. Perfectly aware that their season might’ve not even happened, they continued to train regardless. Regardless of the what-ifs, and onwards with every bit of possibility.