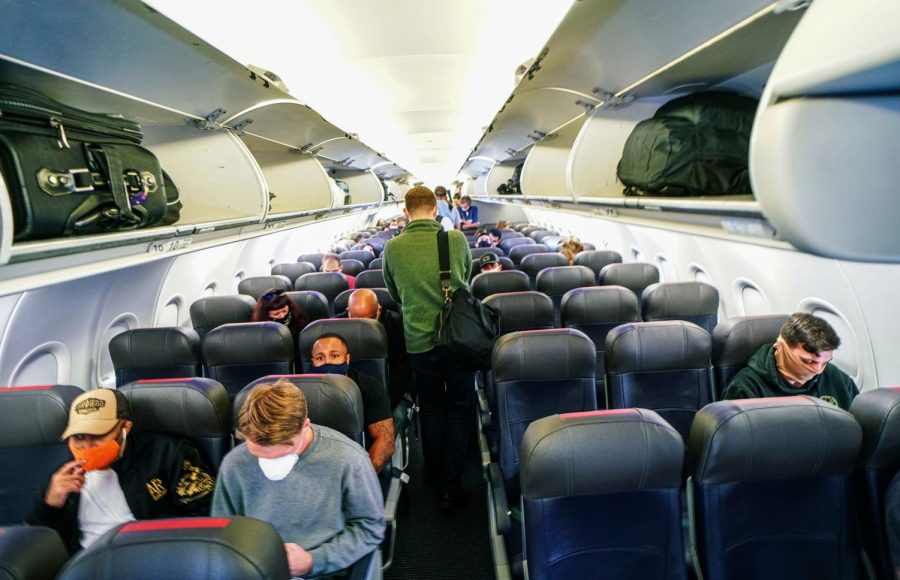 Though there isn’t much to do right now, traveling is a very interesting experience during COVID. Each state and country has their own laws. States such as Hawaii require a negative test before you’re allowed to go and if you don’t have one you have to quarantine for 10 days before you’re allowed to roam the islands. Other states like Florida are much more relaxed and are leaving it up to each business to decide on the severity of their restrictions. Country to country travel is also up and down. Europe is currently not allowed to travel to America but the laws inside Europe are to the discretion of the country. Even if Europe were open for travel, everyone traveling to the U.S. from out of the country is required to show a negative test.

Once people have gotten the all clear to go where they need they also have to follow all the rules set in by their airlines. Airlines themselves aren’t requiring tests but they are implementing their own safety rules. Some airlines such as Delta are only seating families together and not with strangers as well as skipping rows to create even more distance between passengers. Others aren’t doing this and seating people like normal. All airlines require masks throughout the flight other than when eating and drinking. They are also sanitizing between flights and to minimize contact they are providing a bag with a bottle of water, some form of snack, and wipe or hand sanitizer instead of the drinks and snacks they would usually pass out throughout the flight. Along with the already intuitive security checks just to get into the airport,  temperature screenings and a COVID safety questioning are required.

Seventh grade student Alexander Fichtner has had a lot of experience traveling during this time and when asked about what it was like his response was, “… it gives you a bit of privacy, the food is in little bags, and you have to keep a mask on the whole flight except eating and drinking.” His least favorite part was “… having to wear a mask the whole time, it got hot inside the airplane”. He also talked about how things have changed from the beginning of COVID, “ At the beginning of COVID, snacks were not served…and we had to sit away from other groups. Now…we get snacks in bags and we aren’t far from others anymore.”