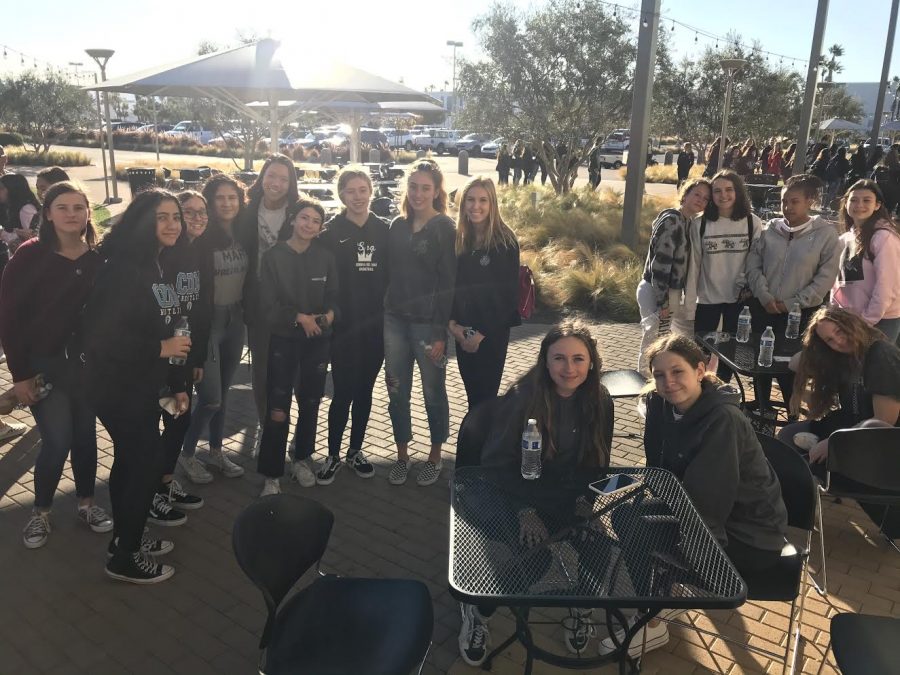 2020 is a significant year for women in sports, it marks the 20th anniversary of the Women in Sports Convention. When the event first started there were one fifth of the attendees that there were on Tuesday. The purpose of the convention was to inspire young women in sports and to motivate them to continue to follow their passion.

After the early morning bus ride to Eastwood Church, Anaheim, the athletes were greeted with a nice breakfast of muffins and bananas. In the past, the assembly had some very impressive guests, including the original A League of Their Own players. This year the speakers did not disappoint. Some of the most memorable being Violet Palmer and Janie Reed.

Violet Palmer was the first female officiant in the NBA ever. Violet was a brave trailblazer and she shared her struggles, explaining “they looked at me like, ‘oh there’s the girl.’” She noticed that people didn’t know how to act around her, but once she put on her uniform everything changed. She let her instincts take over, and people listened, she knew what she was doing and it showed. Violet’s incredible story inspired Malak Abdelwahab, a CdM freshman, said “First female officiant ever that’s impressive.”

Janie Reed, an accomplished softball player who will be in the upcoming summer Olympics. Janie played softball since she was little, and still loves the sport. Although she explained to the audience the mental aspect of playing a sport. Janie had always been very emotional as a kid, “I cried all the time, I didn’t understand my homework-tears, a ball went under my glove- tears.” But, when your eleven or twelve, crying in the dug-out isn’t cute anymore. Janie says that she had always been a perfectionist and when she would work on a swing over and over, and then fail, she would feel like a failure. She recalls, “It wasn’t until I was in college and saw a therapist that I realized my perfectionism was a problem.” At first Janie didn’t want to stop being a perfectionist because she felt like that is what made her who she was. However, she came to realize that her determination and work ethic made her who she was and her perfectionism was holding her back.

The entire event was spectacular and motivating, the women were so inspirational and successful. Their word of wisdom will stick with everyone there.