Still I Rise: A Concert About Hope 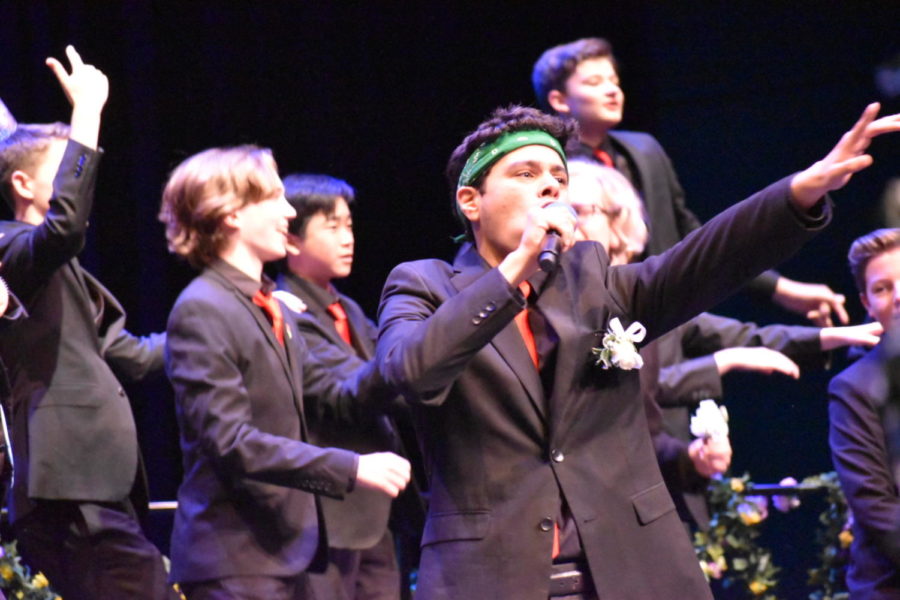 CdM vocal music’s summer concert theme for this year was hope. It embodied the idea that hope comes from devastation and can get people through tough times. Music council’s department of concert development decided to decorate the theater in greenery to show the audience how plants grow back and thrive, even after forest fires, a symbol of hope in dark times. Before the concert was even being advertised, in each choir class Mr. Ball had each student write down what hope means to them on a slip of paper. Music council then went on to pick through the quotes, and displayed many on a slideshow(anonymously) to the audience before the show began. The quotes were also read during the song “You Will be Found” from the musical Dear Evan Hansen to create an inspiring and strengthening experience for the audience.

Each year CdM vocal music puts on 4 seasonal concerts, each with a different theme and overall feel. Out of the four, the summer concert is what brings everyone together the most. It is an emotional one and leaves many choir, and some audience members walking away with puffy eyes and wet cheeks. This concert marks the very last concert of the year, which also means it’s the last time each choir will get to sing as a group. The final night was especially emotional this year due to the fact that many from the graduating class have been in choir since Mr. Ball’s first year at CdM. There were 26 seniors, and of the 26, three made senior speeches on the final night just before the last song “Ukutula”. These three were Jessabel Rodriguez, Brittany Weinstock, and Brie Fortmuller. Each speech brought every listener closer to tears, and when Mr. Ball informed everyone that Weinstock would be singing the “Ukutula” solo since she was also the first to sing it five years ago when Mr. Ball first came and introduced the song, many people felt deeply moved. The final song “Ukutula” which is sung every summer concert means a lot to current and past choir members, and Weinstock being able to sing it in her last concert was truly something special to watch.