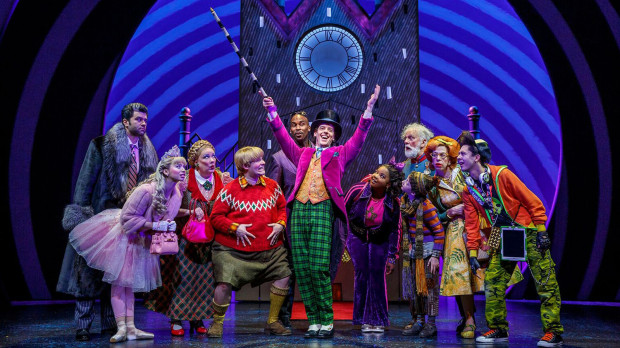 One of the eight family friendly musicals, that is part of Segerstrom Center for the Art’s 2018-2019 Family Series is Roald Dahl’s Charlie and the Chocolate Factory. The show is a stage adaptation of the original story, and was an incredible experience to watch. Held in the Segerstrom Hall, even upon entering the audience was dazzled by the impressive theater and building architecture. When the music began and the curtain rose, audience members awaited in silence for the first song “The Candy Man”.

As Willy Wonka entered the stage and the show began, he sang wonderfully through his first song, and then told the audience of his plan to go undercover into the real world as a candy shop sales man. This added dramatic irony to the play since Charlie, the main character, lived right down the street from Wonka’s undercover candy store. As the play progressed, and more characters were introduced, the story, although known by most, kept people on the edge of their seats. “Will Charlie get a golden ticket? Will he not find one?”

Along with an interesting plot, the musical also had incredible sets. Segerstrom did an amazing job combining physical and projected sets onto the stage to form perfect settings for each scene. The truly perfect set was one for the Chocolate waterfall Augustus falls into. He smoothly and quickly disappeared from sight when he “fell” into the waterfall, which was made from brown fabric and a hole. This wasn’t the only colorful and full-of-life set though. The Bucket house, chocolate factory gates, TV machine, and much more were all very fun to watch.

Audience members came out of the theater with smiles and loads of positive things to say about the experience. Some common comments were on the beautiful singing and dancing, as well as the sets(as described above). Overall, Segerstrom’s production of Charlie and the Chocolate Factory will be one to remember.