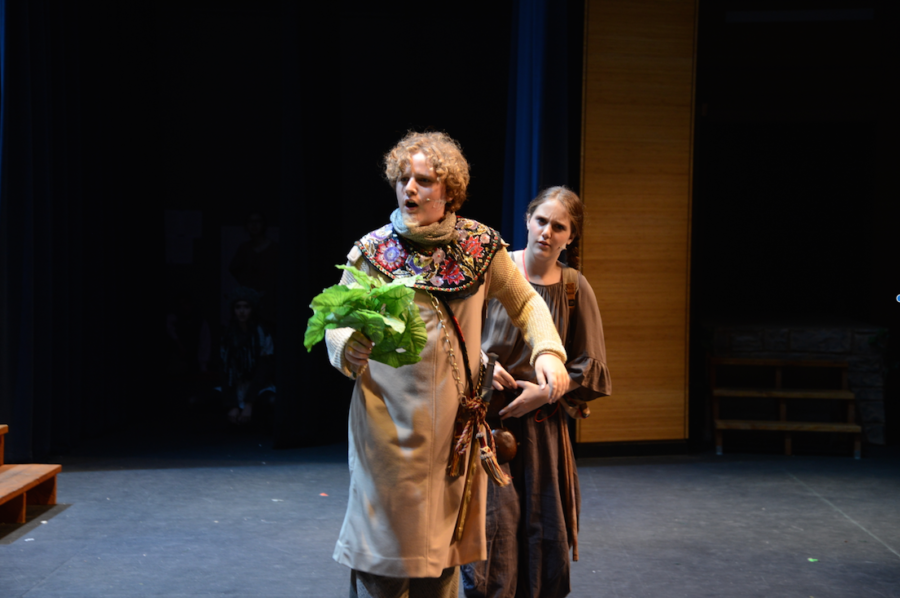 CdM’s Middle School musical “Spamalot” was a big hit this past weekend. Every audience member left the show with a huge smile on their face. The seventh and eighth graders this year put on an amazing show, which is sure to be remembered for a while after.

Middle school drama teacher Ms. Lindt directed the play, with help from their choreographer Ms. Jenny, song director Ms. Wynn, and costume designer Miss. Lindt. She began rehearsals with the cast in February, giving them about three months to get the show ready. Although sometimes it seemed like the show wouldn’t be the best it could be, in the end, the cast and crew worked hard and pulled the play together.

The show was a musical version of Monty Python and the Holy Grail, and was just as ridiculous and fun as the movie. Emmet Eillers played King Arthur and Patsy, Arthur’s companion, was played by Sophia Raven. Both did an incredible job, delivering their lines perfectly and working together on stage extremely well. The knights also were funny and perfect for their roles. The actors who played the knights were Jack Edelhauser, Cooper Blackband, Isabelle Alyn, Oliver Pryor, Collin Rose, and Evan Shirley-Wooley.

Besides these leads, the rest of the cast also helped in putting on a great show. With so many random scenes and jokes that had to be precisely delivered, this musical was a hard one to pull off, yet they did amazing. Some of the fun parts for the audience consisted of lines that had been added to directly relate to the audience, referencing things from Newport Beach like the bunny circle in the park next to city hall.

Overall, Spamalot was a fun show to watch and made the audience laugh in every scene. The cast and crew did a spectacular job in organizing and executing this musical. 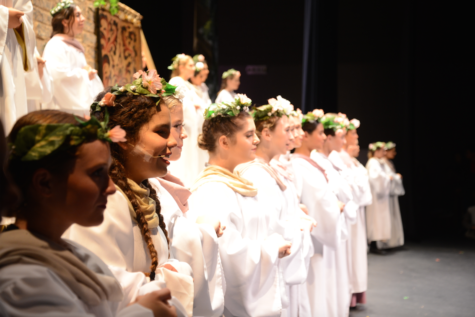