Night of the Arts 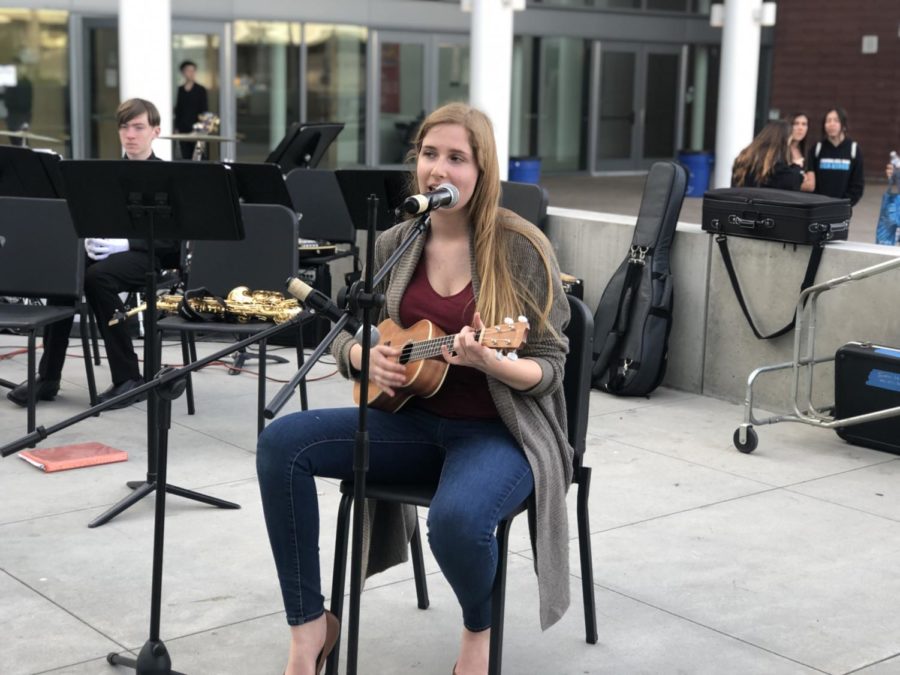 The first ever Night of the Arts Festival was held on Friday, March 29th. Since it occured about an hour before The Drowsy Chaperone began, it gave audience members a chance to eat and enjoy the arts before taking their seats in the house. The event’s purpose was to recognize CdM’s art programs, and showcased a variety of skills. There were performances as well as art pieces displayed in the lobby.

The performances started off with CdM’s Jazz band. They played pieces they have been working on in class, giving the audience appreciation for their valiant efforts. Once Jazz band finished, the members and teacher, Mr. Jamora, headed over to the taco stand to grab some delicious free tacos. Next came the choir soloists. Up first was Kris Graves, a freshman in Vox Angelica. Being first can always be nerve-wracking, but she did a great job singing “Pulled” from The Addams Family Musical. Ryleigh Harrison followed Kris with her song “At Last” by Etta James, giving everyone, including herself, smiles. After Harrison came Bridget Calhoun singing “Circle Game” by Joni Mitchell and accompanying herself on ukulele. Her song was beautiful and sweet, and her friends supported her by dancing to it. The performers after these three were Charlie Wang on saxophone, and then Seton playing singing and playing piano. Once all solo performances were finished, there was a short break and then Jazz band went back on to have fun. They played well-known songs that made the people listening laugh.

Inside the lobby, there was also art pieces displayed from all of the art classes and grades. They ranged from ceramic figures to magazine collages. As people guests walked through, they would often find artwork of someone they knew and admire it.

Emily Valentine and Natalie Moorhead were the two people that put this entire event on. They did an amazing job and were happy with how it went. The pair planned everything from performers and art displays to food and decorations. Overall, it was a wonderful event and many are excited for next year’s.