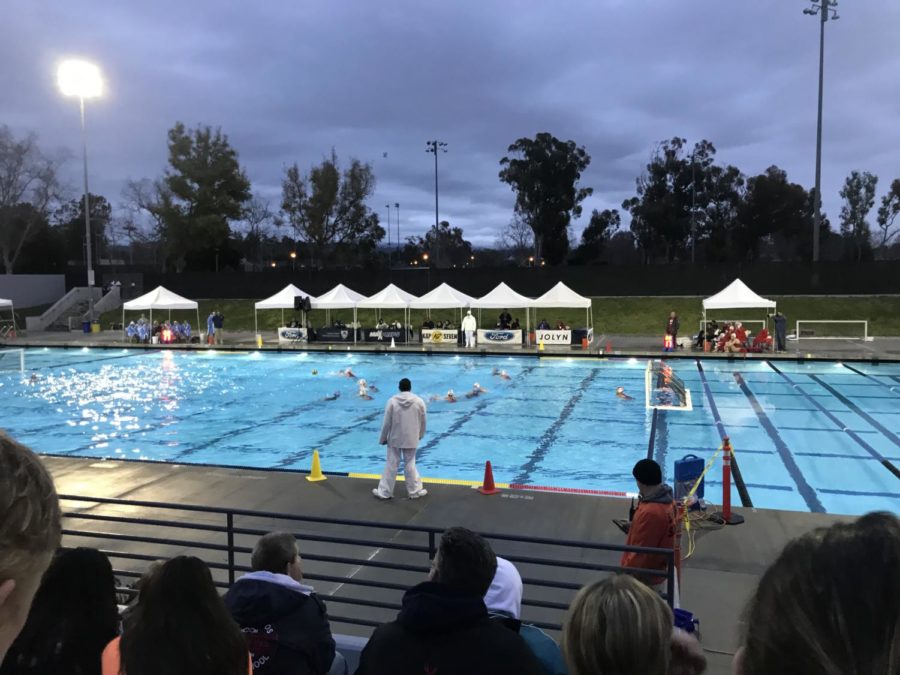 On Wednesday, the CdM Girls Water Polo went into their CIF Semi finals against Orange Lutheran High School at the Junior Aquatics Center. Parents, friends, and students showed up to the five o’clock game and added to the intensity. The water polo girls have not won CIF since 2013, and they knew that they needed to beat Orange Lutheran in order to get another chance.

The game started off with two goals from Orange Lutheran, and Layne Anzaldo scored one for CdM.  Throughout the game, two goals were scored by Megan Peterson, and one by Kaity Greenwald. Going into the fourth quarter, Orange Lutheran was up seven to five. For Cdm, their chances of winning appeared small, however, they went into the quarter more focused and powerful. Megan scored another goal, along with Ella Abbot, tying the game at seven to seven with less than 45 seconds left. Both teams knew how much was on the line, and they were on edge, fighting hard to win the game. Lastly, Sophie Wallace scored a goal with ten seconds left, bringing a win to the CdM sea queens and taking them to the finals.

The team was overjoyed to win the semi finals after a long and close game of persistence. On Saturday at 5:30, the girls with play in the CIF finals against Laguna Beach University. They look forward to the game and hope to see a big crowd of supporters.

Sophomore Reece Kenerson, who attended the game said, “That was my first time going to a water polo game and it was really fun. I can’t believe they won after they were down by so much. It shocked everyone in the stands and it was so exciting. The girls had a great game, and I am definitely going to the finals on Saturday.”