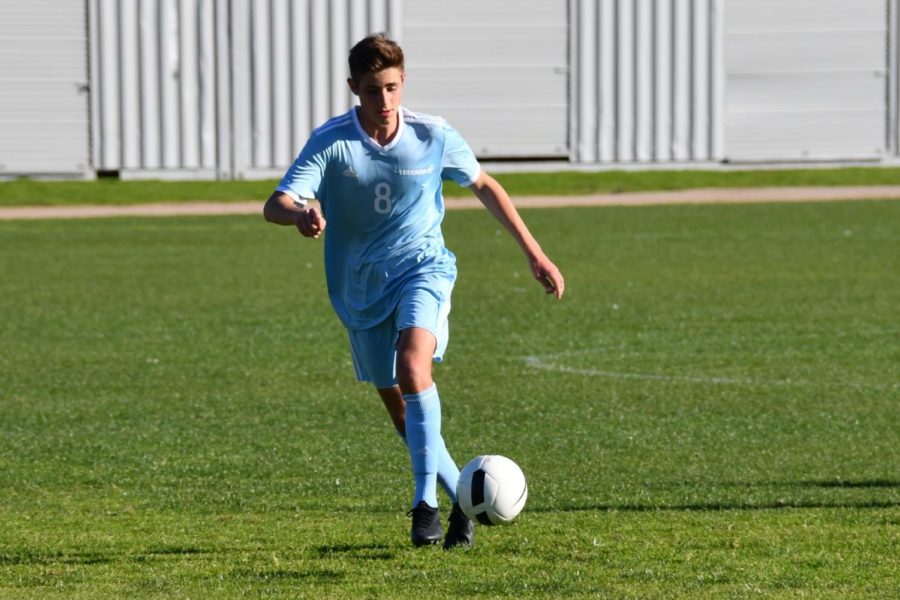 Santa Ana and CdM played their first CIF game in the Santa Ana Stadium. This was an important game for both teams since the outcome of their first game dictates how far they will go in the CIFs. Although CdM was making a few good plays, Santa Ana was stepping to the ball and cutting almost every pass off. Before 20 minutes of the first half had passed, Santa Ana shot a goal. The Saints’ passing and skill led to their lead of 0-1.

While battling for a win, CdM senior Niko Urban was hit in the head and had to leave the game for medical assistance. Several other fouls were called against both teams as the match went on. The Sea King’s had a strong defensive line which included Grant Glessing, Christopher Cruttenden, and Zane Weaver. They stopped many breakaways using their heads and when needed speed and bodies. Glessing helped CdM’s keeper Wally Korbler when he saved a goal with a header. Cruttenden had a great game as well, allowing almost no balls to get passed him throughout the first half. Overall, the seniors were especially passionate about this game because it could potentially be their last as a Sea King.

Later on in the second half both teams had many more chances on goal. About four yellows were given in the half, as there was mounting tension between the Sea Kings and Saints. As the game progressed, Santa Ana’s ball handling and quickness helped them succeed in scoring another goal on CdM. The ball had been bouncing between the two teams near the goal post and then after many excruciating moments, was crossed to the middle and finished by Santa Ana’s incoming forward. Even though they were disappointed that the score was 0-2 and that the game was coming to an end, CdM tried to make the best of their last play. They pushed up and almost got a shot on goal. When the final whistle closed the game, CdM walked off the pitch having lost their first CIF game 0-2.