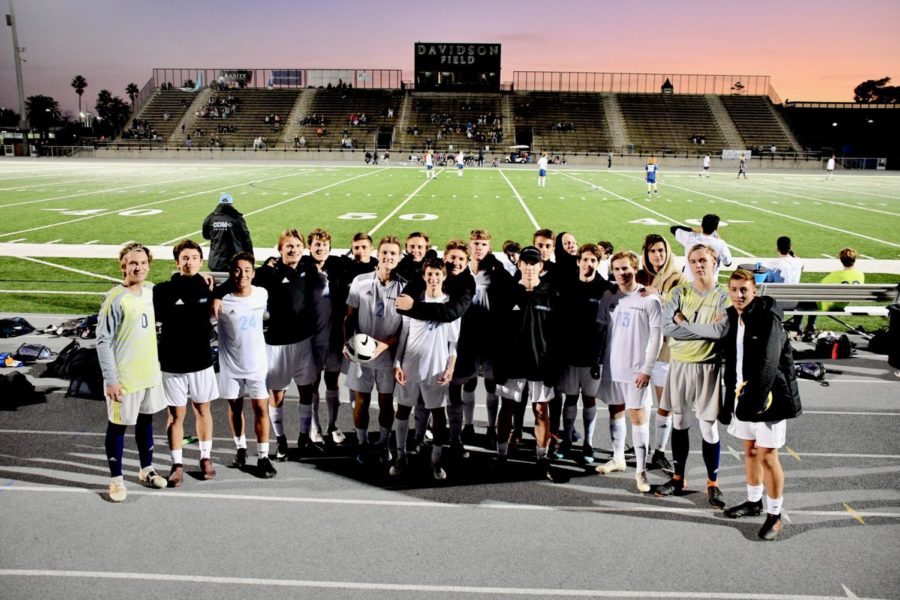 Corona del Mar kicked off their first Battle of the Bay(BOTB) this year. Even within the first few seconds of the game, they came out awake and ready. Although Newport Harbor had smart and quick passes, CdM was prepared and intercepted most balls, shutting down their plays before they got closer to CdM’s goal. With both teams determined to beat their rival school, every tackle was made with the player’s full force. The increased aggression led to many fouls. Senior Niko Urban and sophomore Taylor Demarais were victims of especially strong tackles, but happily neither was badly hurt and continued playing. One of Harbor’s forwards was injured though and had to be walked off the field after he and Wally Korbler(CdM’s keeper) went after the same ball.

Throughout the first half, CdM worked the ball up the field in efficient and organized playing sequences. They constantly had shots on goal as well as beautiful assists, but the Sea King’s couldn’t put it away. Defenders Christopher Cruttenden and Grant Glessing were playing balls up their forwards that had a lot of potential to result in a goal. These seniors took many of the throws and with just seconds left of the half, there was a golden throw. Glessing threw a ball that made it perfectly into the center of Harbor’s box. Sea King Jett Bonner managed to get a head on it, giving CdM the first goal in BOTB.

Going into the second half, the Sailor’s had explosive energy. After only three minutes back on the pitch, Harbor had a free kick a few yards outside the eighteen. The Sailor who shot it placed a ball just outside Korbler’s reach, changing the score to 1-1. Despite Harbor’s energy fueled by their goal, the Sea Kings slipped past them and scored again. Urban followed the ball Cruttenden played up, and when it went passed Harbor’s last defender, he placed it nicely into the keeper’s bottom right corner.

The rest of the game consisted of CdM protecting their goal from Harbor’s shots. Korbler made many amazing saves, often having to come out or jump over other players to stop the incoming balls. He didn’t let anything in though, not even in the final moments of the game when all of the rival school, including their keeper, were desperately trying to tie the game. This BOTB game ended with the Sea Kings winning 2-1 and sinking the Sailors.