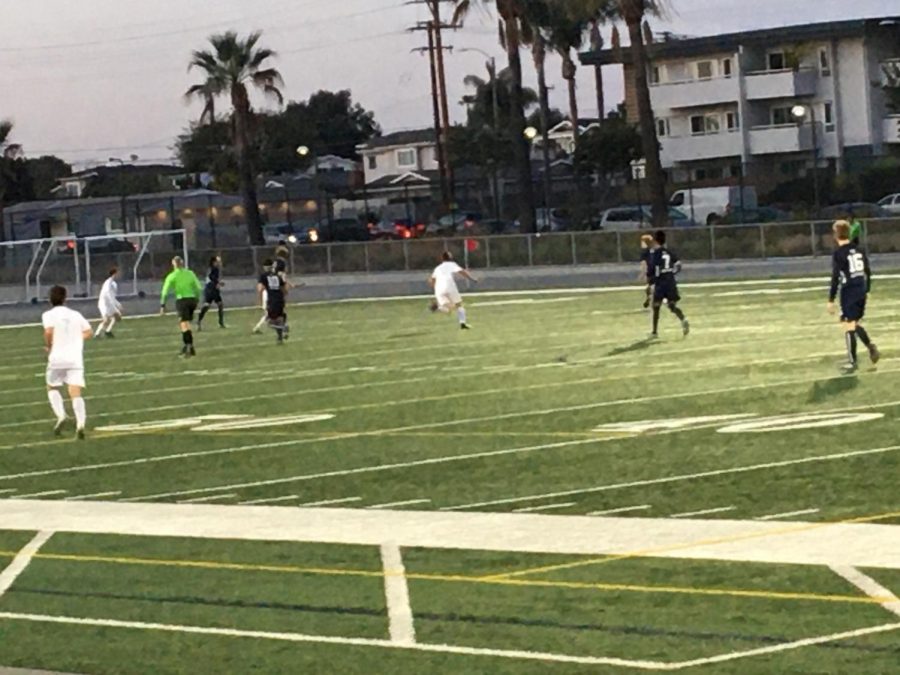 The game on Thursday was a battle between Corona del Mar highschool (dressed in white) and Newport Harbor highschool (dressed in navy blue). It started at 5:00 pm and from the very beginning both the teams were very energetic. It was a fast paced game and our Corona del Mar highschool varsity team was passing and moving the ball great between our players. The first goal belonged to the seakings, so the halftime score was 1-0 with Corona del Mar in the lead. Unfortunately, Newport Harbor highschool managed to get two goals in the second half. Our boy’s varsity team worked very hard until the final whistle and played greatly. The final score was 1-2 with a Corona del Mar loss. This was their first loss in the league and they are heading to Edison highschool next, so all our students from Corona del Mar are wishing them the best of luck for their upcoming games.