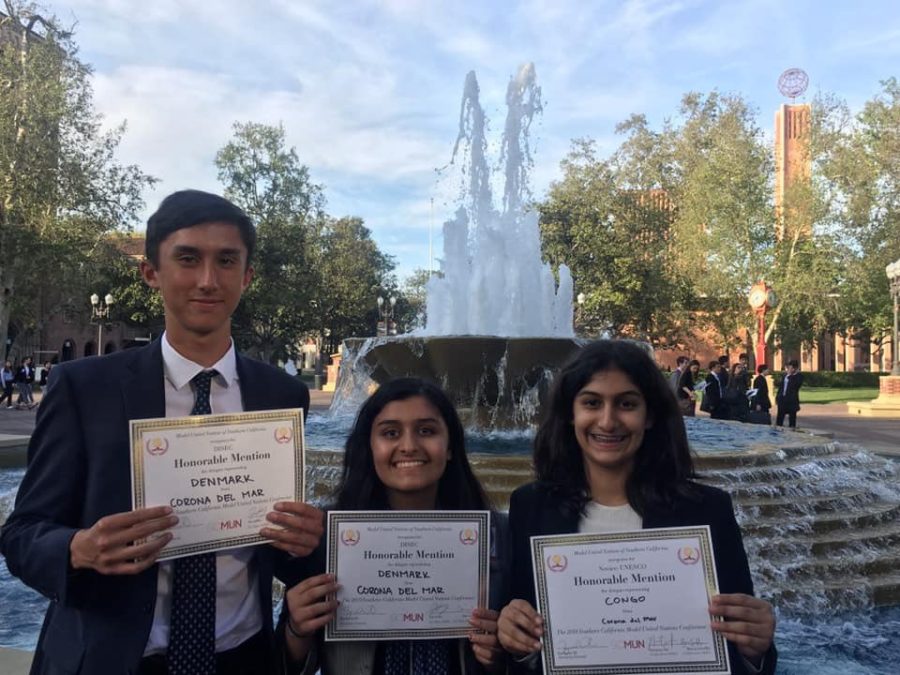 The banquet also included speeches from all outgoing seniors and outgoing board members. These students gave speeches reflecting their experience on speech and debate and how the team impacted their high school careers and growth as speakers.

The two teacher advisors. Ms. Mayberry and Mrs. Oblock were thanked for their contributions to the team. The team would not be possible without their time and dedication.

The banquet concluded with the announcement of next year’s speech and debate board. The board for the 2019-2020 school year will include Asher Green as president, Chloe Liu as treasurer, Thuy Pham, Arta Khosravi, Arjun Vij, and Aidan Niknafs.

The speech and debate team will begin again in the beginning of next year. An introductory meeting will be held, and all interested students are admitted onto the team, as the team is not looking for skilled speakers, but rather students looking to grow as speakers, as speaking is a skill that is developed and not always naturally given.